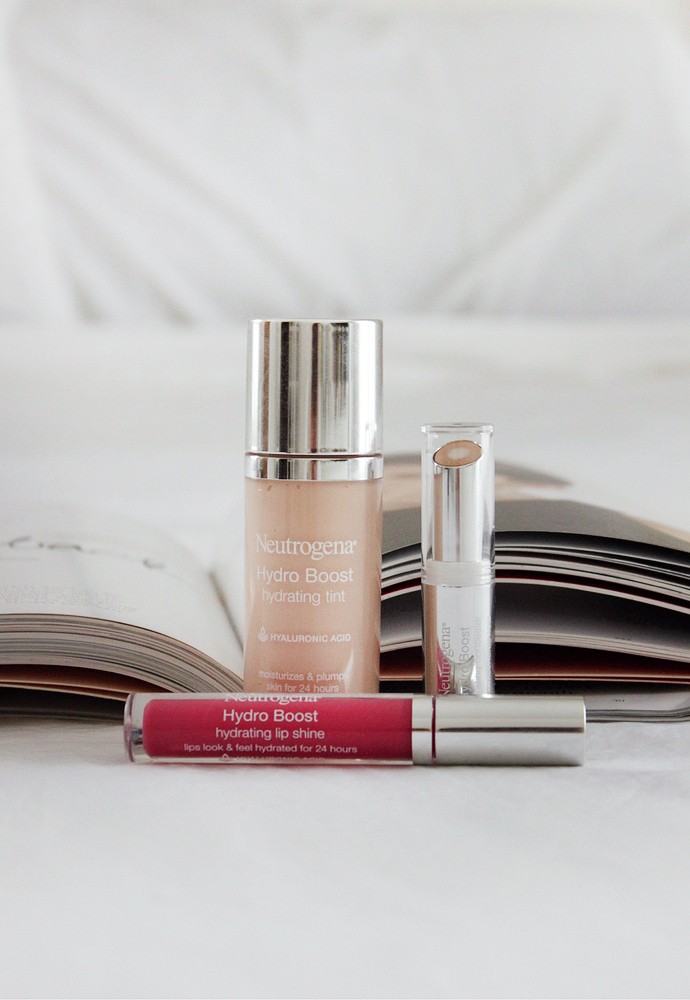 Is there anybody still around from the days when I first launched Glamorable? I don’t know if you remember, but Neutrogena cosmetics was the first makeup line I reviewed on this blog. I may or may not have become mildly obsessed with their tinted lip balms, so that year I bought them as gifts for all the girls in my family.

Funny story, but this post almost didn’t happen. After a stressful and busy December, I decided to give myself a break from sponsored work in January, so when I received the proposal to collaborate with Neutrogena, I didn’t feel like accepting at first. But you know, it’s been years since I used their products, and my Mom really wanted me to give her more recommendations. Whenever she comes to visit me from Russia, we always go to the drugstore where she buys some of her favorites [always the same stuff though]. In fact, Neutrogena mascara and eyeshadows were the only ones she could use less than a week after her eye surgery. She’s so glam, that one! I know I would just skip makeup and walk around like a ghost until everything heals up completely, haha.

So yeah, this is not a sponsored post where I will be overly hyping up a brand that paid me to write it, I promise. I know those look super inauthentic, even if the product really is that amazing. Instead, I just wanted to show you how I am using my new Neutrogena makeup pieces that I picked up on my last trip to Walmart, and what I will tell mom next time she asks me to recommend something from the brand. 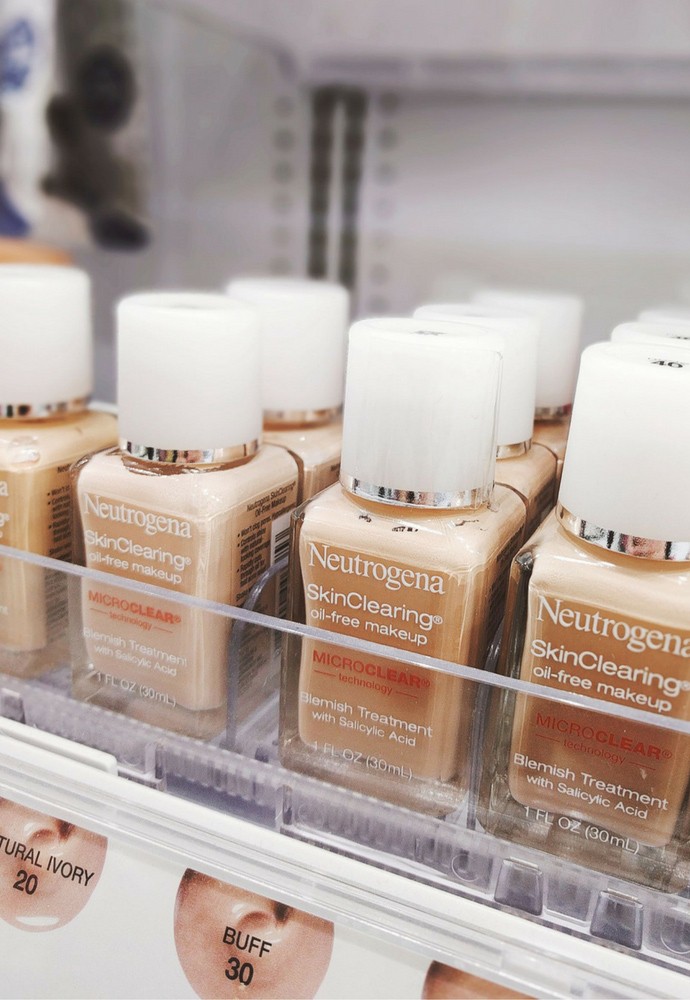 Mr. Glamorable wanted to see the prices for TVs, because apparently our 65″ is too small for him now, lol. I happily spent my time wandering around the beauty aisle. 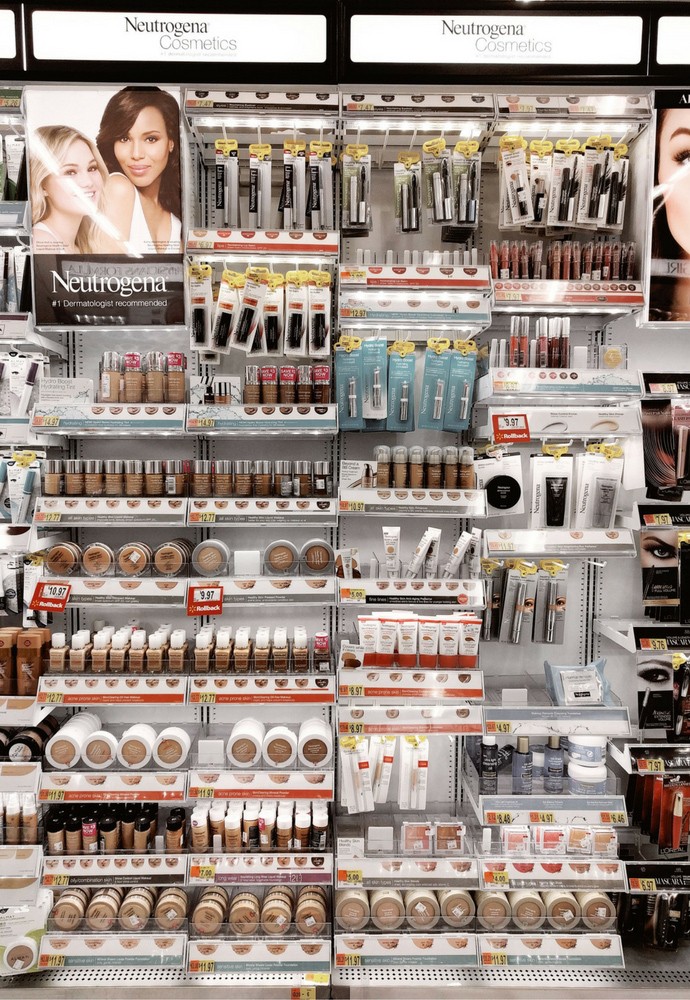 Speaking of which, when did the beauty aisle at Walmart become so pretty? I think they revamped the whole area in our store. It looks clean, bright, and with very good lighting. 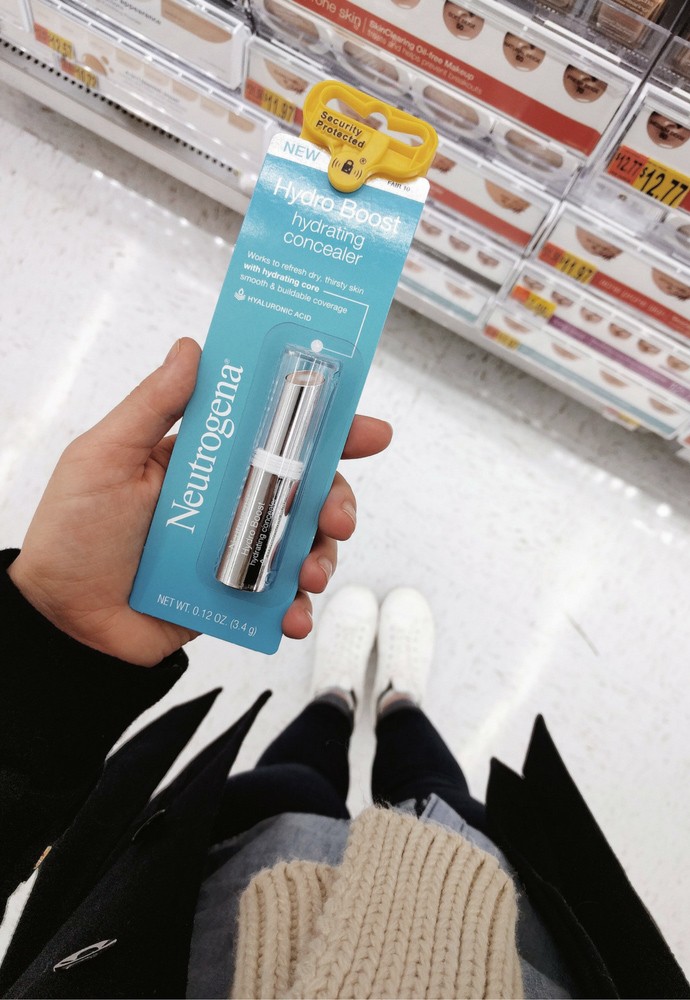 I originally wanted to try Neutrogena SkinClearing makeup with Salicylic Acid, but when I noticed new Hydro Boost products, I knew that my dehydrated skin would probably like those the most right now. 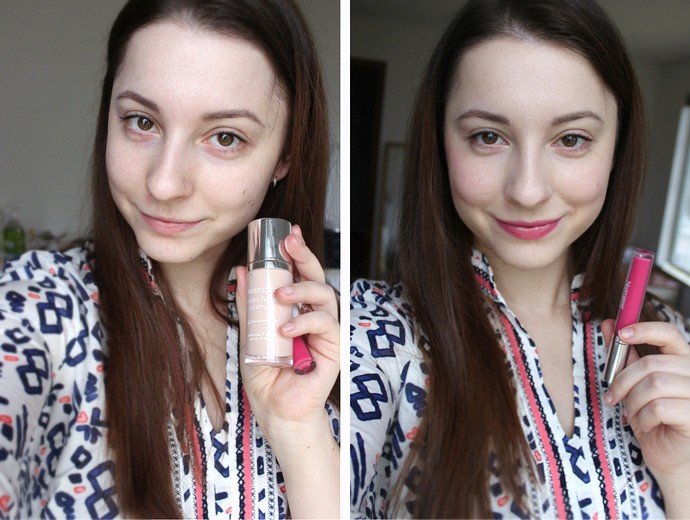 I always apply my concealer first, and once it’s blended out, I decide where to apply the foundation and how much of it. The concealer is fairly pigmented and feels like it’s on the drier end, but that quality helps it stay put right where you need it. The foundation, or tint as Neutrogena calls it, feels lightweight and almost gel-like. It provides sheer coverage, helps neutralize redness, and slightly evens out the skin tone, while keeping my face feeling hydrated. The lip gloss was surprisingly opaque and felt very comfortable on the lips. I even used it as a blush in the photo above! 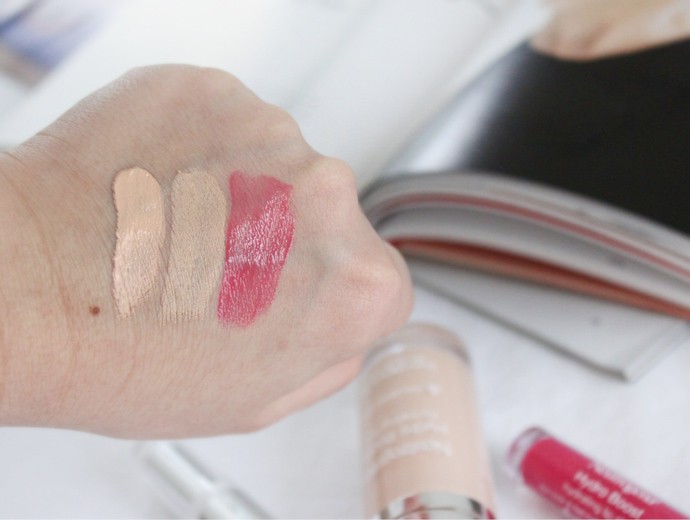 What would I buy with my own hard-earned money?

Definitely the concealer, it’s really good – pigmented, long-lasting, and doesn’t dry out the skin. The lip gloss is fantastic as well – that large paddle applicator hugs the lips and adds the perfect amount of product in each swipe, although it might be hard to stuff it back into the tube sometimes. It also feels hydrating without the stickiness. The tinted moisturizer was nice, but it’s not ideal for me personally. I think someone with dry skin would love it more than I did. I like to wear sheer coverage foundation in the summer, but it has to be in the pressed powder form, since my skin tends to get oily. Perhaps, I will pick up one of the compacts from the SkinClearing line after all, we’ll see.

Have you tried Neutrogena makeup or skincare? What’s your favorite drugstore makeup brand? Let me know in the comments below!

Glamorable would like to thank Neutrogena for sponsoring this conversation. 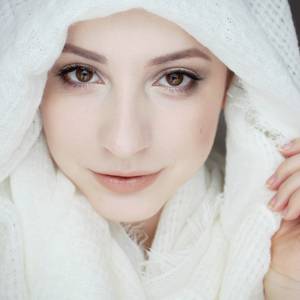