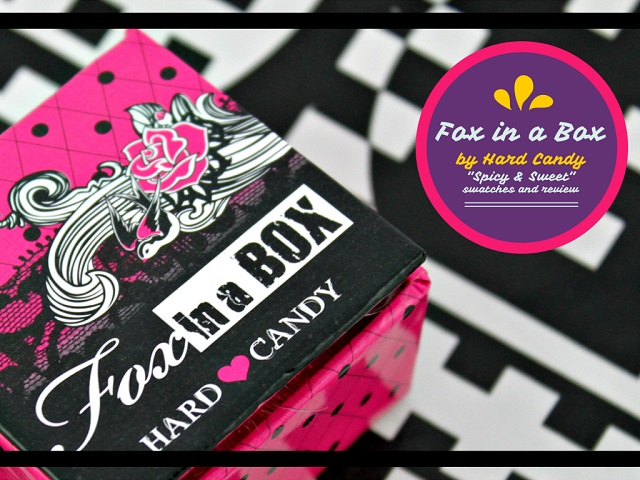 I don’t know if any of you know this, but Hard Candy actually used to be a mid-range brand, sold at department stores like Sephora and Nordstrom, but in 2009 they decided to partner up with Walmart to bring their product to the masses; all that without sacrificing the quality. In 2011 Hard Candy released four Fox in a Box blush quads and two bronzer duos as part of their Spring Collection, but for some reason I was never interested in trying them, since I rarely shop at Walmart, which happens to be the only place they’re currently sold at. Don’t get me wrong, I’m not a snob, it’s just that I have another regional Supercenter within walking distance, and closest Walmart is 15 minutes away. I was driving by the other day and decided to walk in to check out if they have anything new, and of course I ended up walking out with a few makeup goodies! 🙂